24.06.2014: Visited Swami Prabhudas's hospital, with my wife and friends. SwamiJi personally took us around. There were Doctors from U.K., Ireland, Australia etc. I had a long discussion with SwamiJi. He told me that soon 3,000 to 4,000 people will be coming everyday for treatment. I said that he should charge some fees from those who could afford to pay, while giving free treatment and medicines to the poor. He said that he had kept a donation box where anybody could donate whatever he wanted to the hospital, but nobody would be compelled to donate. 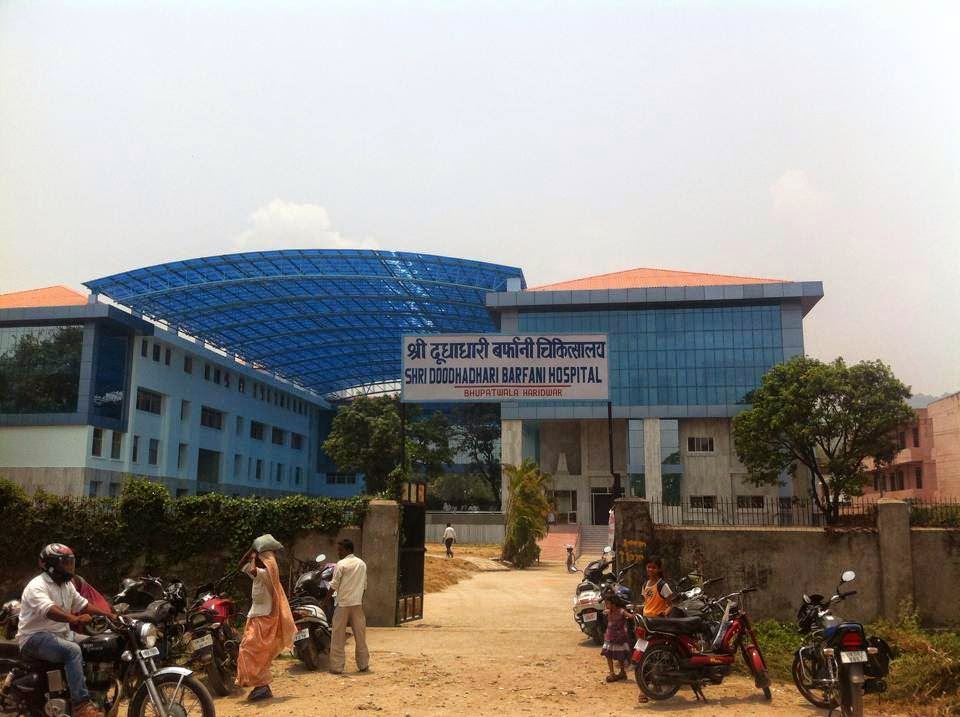 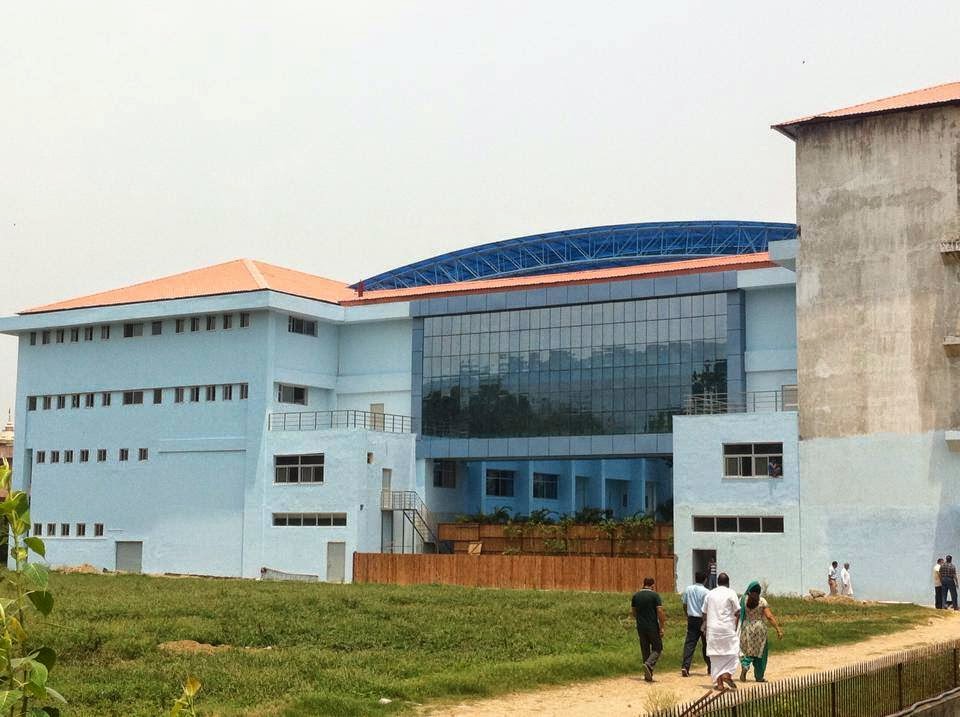 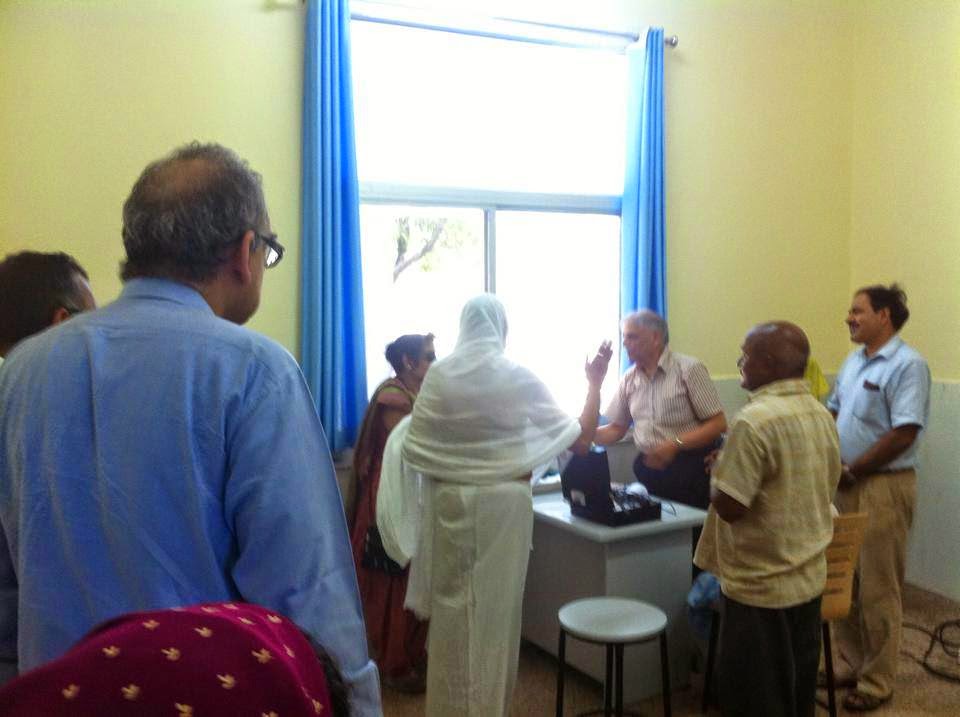 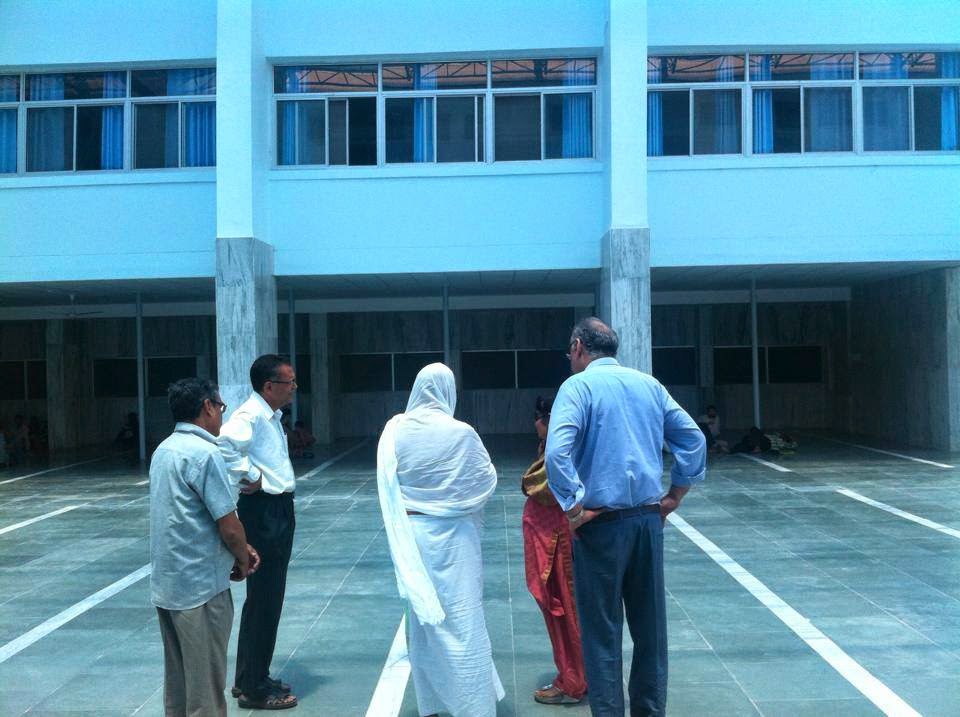 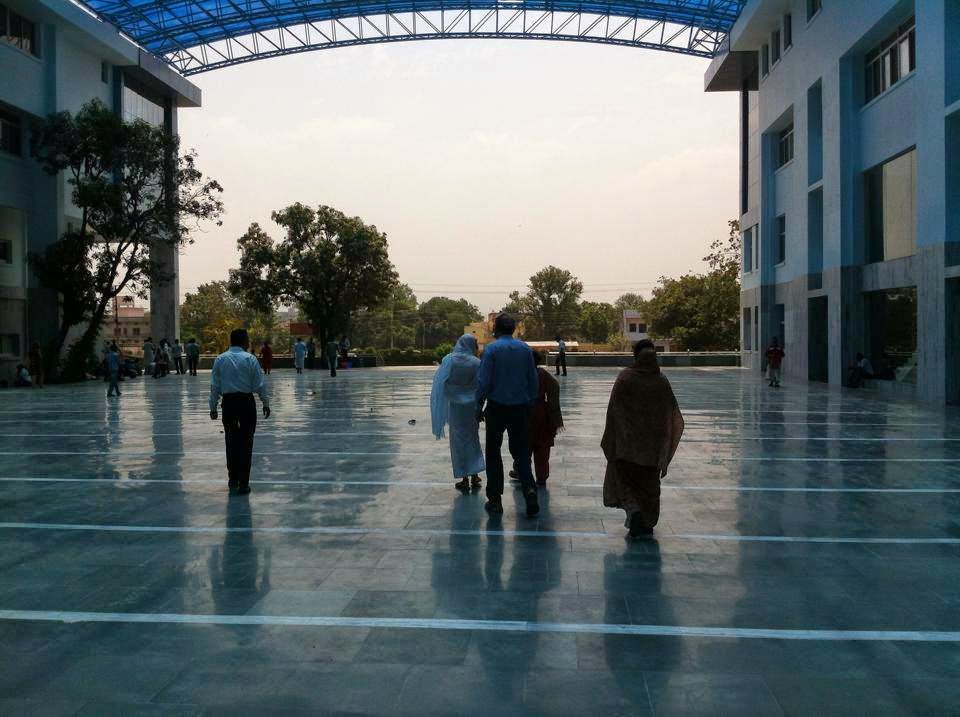 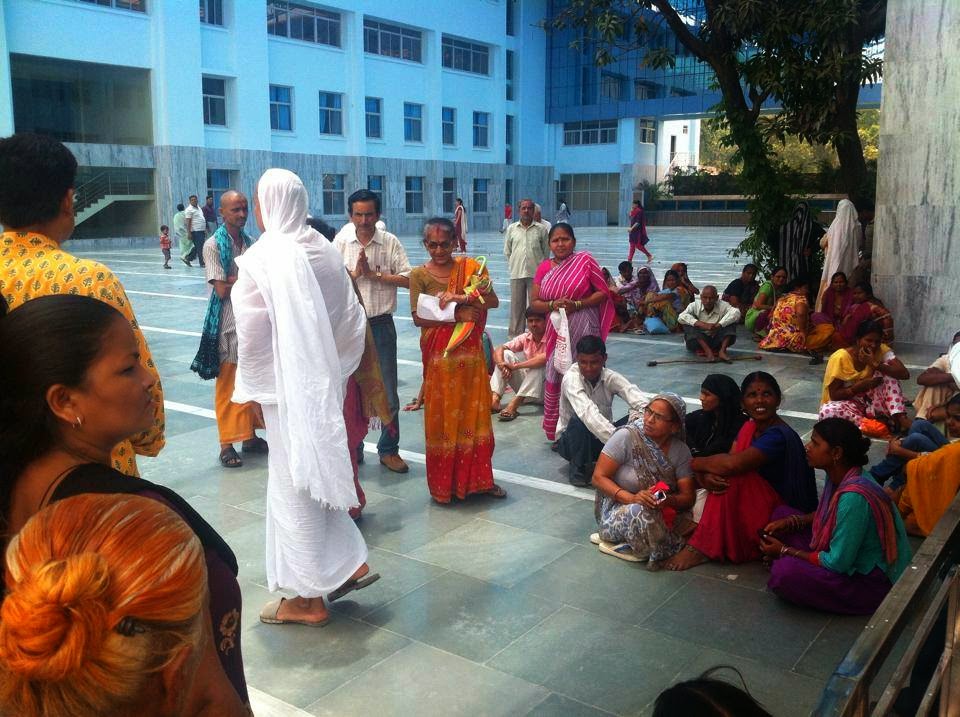 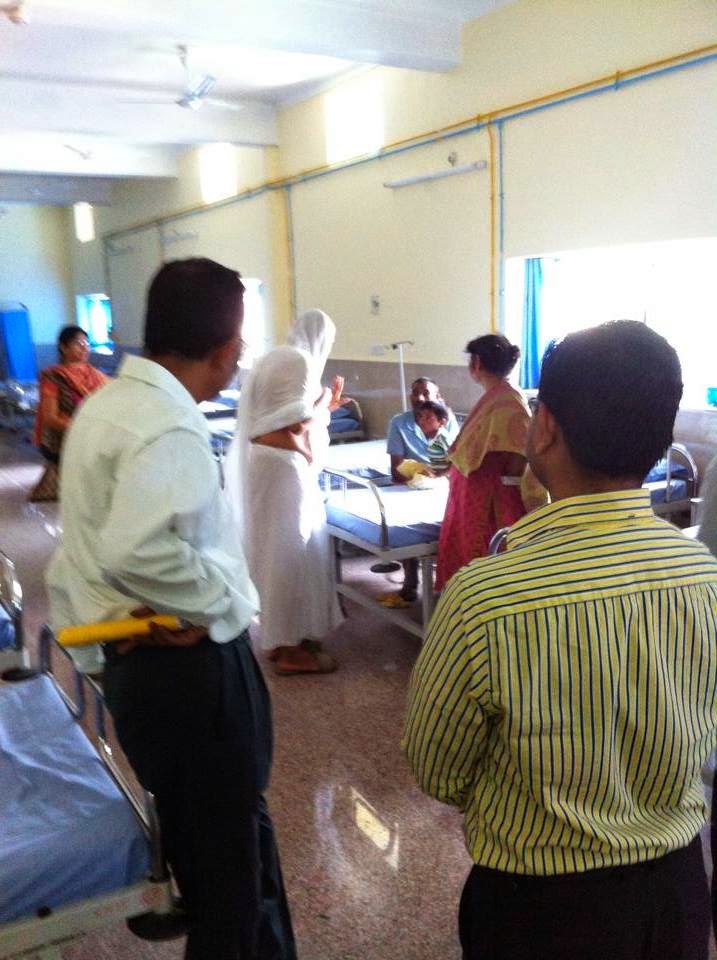 We went to see an operation being performed. A patient's gall bladder having multiple stones was removed by Laproscopy. We also went to the various OPDs e. .rthopaedics, ENT, ophthalmology, Gynaecology etc. There is also a homeopathic OPD. We went to the various wards where SwamiJi spoke to the patients.

SwamiJi strictly forbade taking of his photographs. With great difficulty I could persuade him to allow me to take photographs of his from the rear so that his face could not be seen. In the attached photographs SwamiJi is in the white cotton dress which he wears usually.

SwamiJi believes in service to the people and this hospital will be of great service particularly to the people of Uttarakhand who are mostly poor.

The hospital has a huge blue coloured atrium. The architect of the hospital was a world bank consultant, but SwamiJi personally supervised and guided him.