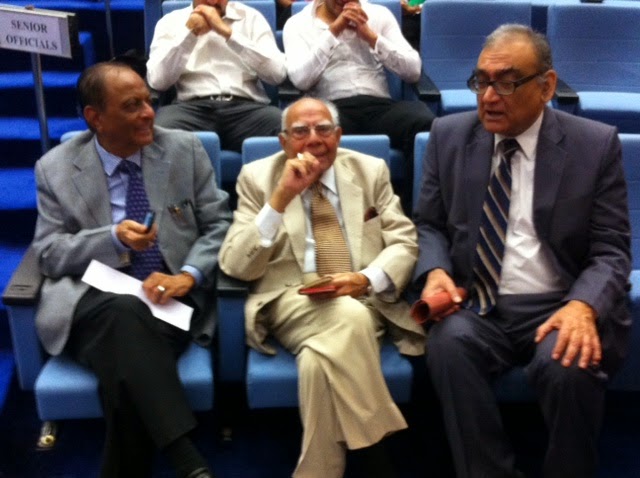 I conducted the proceedings.

Mr. G H Kaloo the head of the delegation, Mr. Rehmatullah and Mr. Nasir Ahmad Khora, members of the delegation spoke first and described the situation in Kashmir and the help required to deal with it. Mr. Majeed Memon said that he would send a team of doctors from Mumbai. Mr. Vinod Mehta said that it was sad that Mr. Omar Abdullah the Chief Minister instead of dealing with the crisis pleaded his helplessness.  Mr. Ram Jethmalani said that he had visited Kashmir in August and a Sindhi Hindu girl there predicted this calamity. She was rescued by some Muslim Kashmiri boys. At the end of the function a resolution was passed calling for the people of India to help people of J&K in every way in their hour of crisis.

In the end, I appealed  to all people in India and abroad to help the people of J&K in whichever way they wanted. 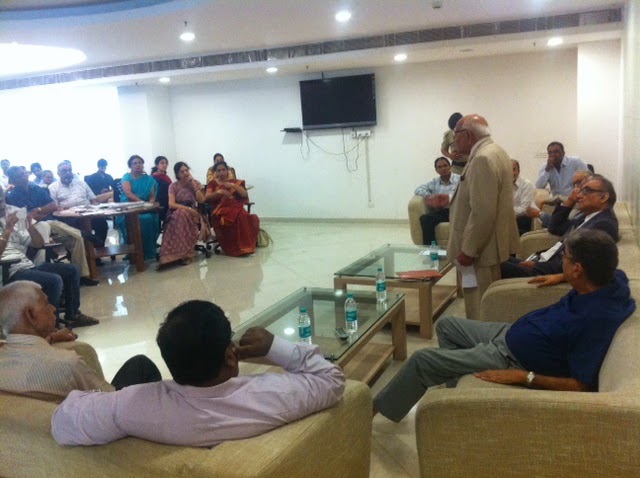 In the evening at 7 pm, the delegation accompanied by me will meet Mr. Prakash Javadekar, Hon’ble Minister of I&B and Environment.